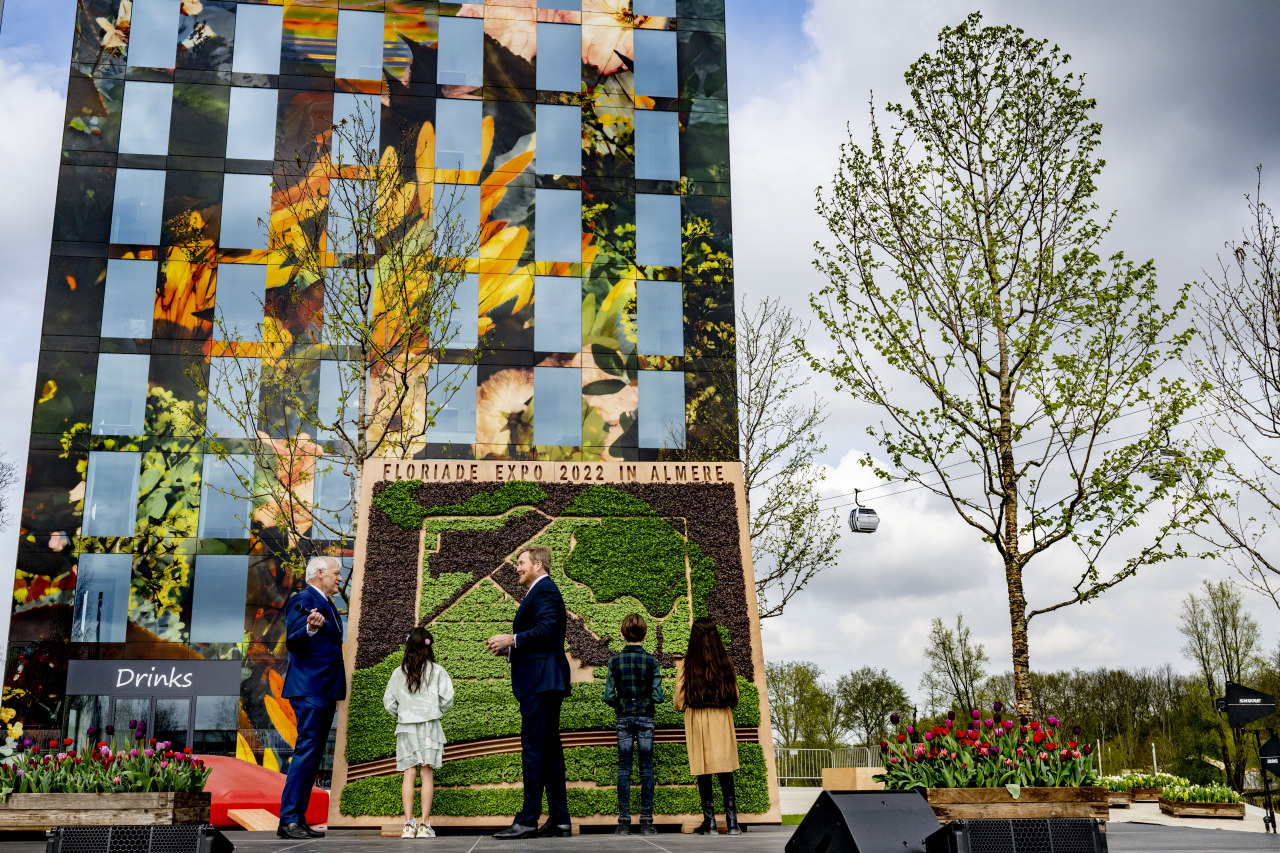 After 10 years of preparation, the time has come: on Wednesday the 13th of April, King Willem Alexander opened Floriade Expo 2022.

At 2 p.m. he arrived at the conference pavilion and was welcomed by our King’s Commissioner Leen Verbeek and the Mayor of Almere Ank Bijleveld. After a plenary program, the King visited Floriade park. At our Food Forum pavilion, architect Duzan Doepel, regional minister Jan-Nico Appelman and program manager Hillebrand Koning told him about the unique design and our ambitions.

After which the king officially opened Floriade, together with children, on the central square.

During the inspection the King received an explanation about our Menu for the Future. With dishes made from beautiful Flevoland products in which vegetables played the leading role. Developed by Sharon de Miranda.

We are proud that in the coming six months we will be able to show the many (inter)national visitors how we are working in Flevoland together with entrepreneurs, municipalities and organizations on a green city of the future.